HomeMonde des Achats Research: Being Nice in a Negotiation Can Backfire

Research: Being Nice in a Negotiation Can Backfire 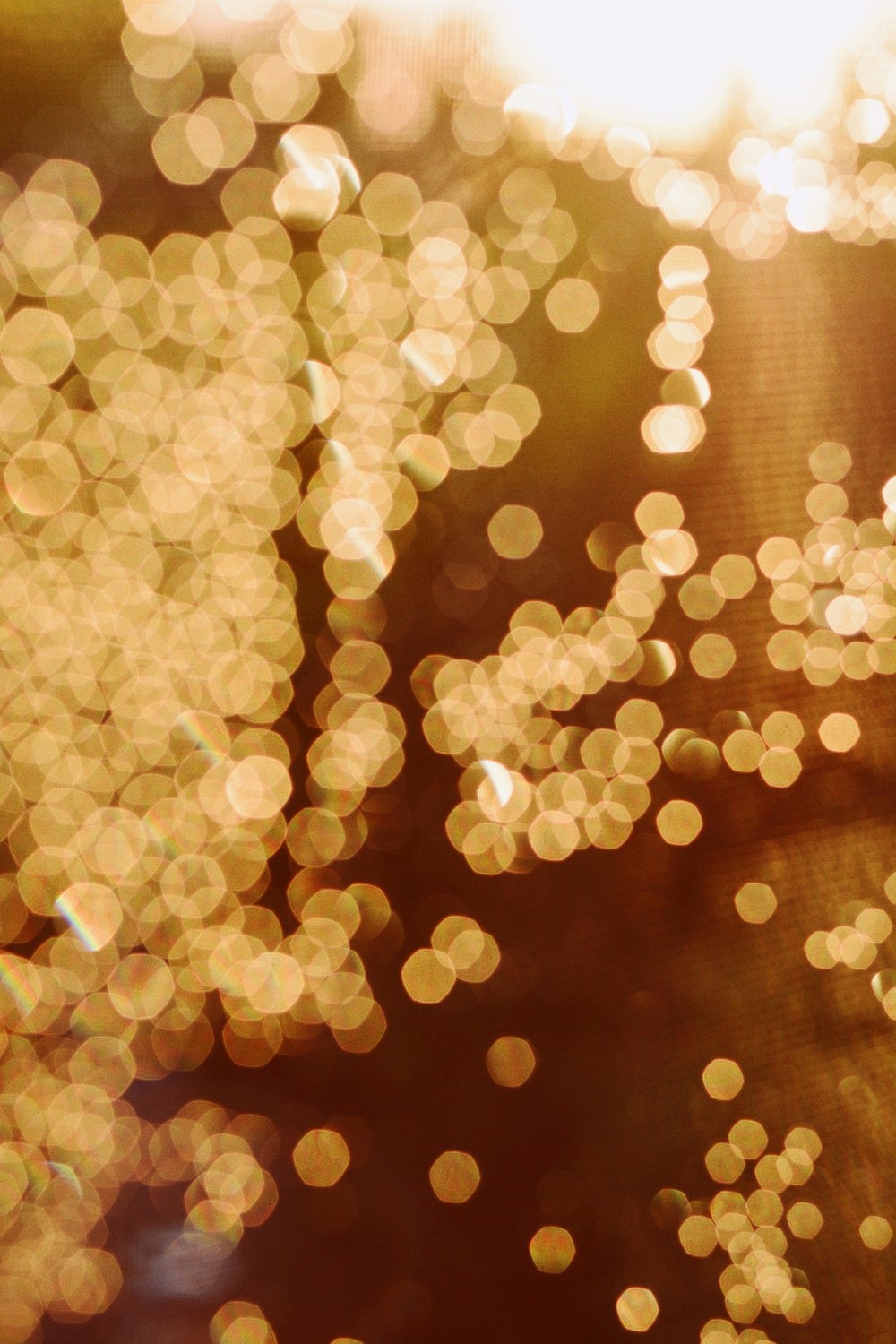 Negotiation experts have long confirmed the intuition that that being warm and friendly pays off at the bargaining table. Recent research finds that people also tend to believe niceness will buy them better deals — but when put to the test, this prediction turns out to be wrong. It appears that being firm can sometimes lead to better deals, at least in a distributive or single-issue negotiation, than being warm.

Whether you are making a large purchase, working on a joint project, or discussing your next promotion, you’ll likely need to negotiate. At a very basic level, in fact, nearly every interaction we have is a negotiation—an opportunity to persuade others to agree to an outcome we want. But what is the best way to go about persuading others? Should you be warmer or tougher? Friendlier or more aloof? Our recent research may provide the answer.

Negotiation experts have long confirmed the intuition that that being warm and friendly pays off at the bargaining table, leading us to gain concessions and capture a larger chunk of the value. A recent Harvard Business Review article entitled “How to Negotiate Nicely without Being a Pushover” made this point, as did legendary sports agent Ronald M. Shapiro’s book The Power of Nice: How to Negotiate So Everyone Wins—Especially You!

Similarly, in our own research, we’ve found that people tend to believe niceness will buy them better deals. But when put to the test, this prediction turns out to be wrong.

Across four experiments with more than 1500 participants, we tested the economic and interpersonal implications of being warm and friendly in a negotiation. We examined the effects of communication style independent of the economics of the deal. (While the economic stakes might influence how you would communicate, we wanted to single out the true effects of communication style, rather than confounding them with economic-related factors, such as making a more lucrative offer.) So we varied whether participants communicated in a warm and friendly manner or in a tough and firm manner, while instructing them to make identical first offers and keeping track of concession patterns. We further simplified things by having them take part in a single-issue, or distributive, negotiation, where they were bargaining over the price of a specific item. (These are different from multi-issue, or integrative, negotiations, where the value is not fixed and the “pie” can be expanded.)

One of our studies was a field experiment conducted via Craigslist.com, where price negotiations are common. We had a research assistant using a gender-neutral name (“Riley Johnson”) send messages from a fictitious gmail account to actual sellers of smartphones on the platform. We randomly varied Riley’s communication style in the initial message, but Riley always asked for an 80% discount from the sellers’ original price. We tracked whether sellers were willing to make a counteroffer lower than their original price and, if they did, we measured that discount.

We created message templates that used either warm and friendly language or tough and firm language. (We had three different warm messages and three different tough messages to ensure that our results were due to differences in communication style, not to specific wording of a particular message.) For example, one of the warm messages read:

Hi there—I’m happy to see your post about the phone. This iPhone matches what I wanted to buy – you must have great taste :). Is there any chance you could sell it to me for 80% of the listed price? Given the prices on similar phones currently for sale, I would really appreciate it, and it would help me out a lot! I live in the area, and I can come to meet you anywhere that is convenient for you. Please let me know by tomorrow if the price is ok for you—and thank you so much for your time and consideration. Hope you have a wonderful day. – Sincerely, Riley

And one of the firm messages read:

I saw your post about the phone! This iPhone matches what I wanted to buy. I’m willing to pay 80% of the listed price. Given the prices on similar phones currently for sale, I’m firm on that price. I live in the area, and I can meet you wherever. Let me know by tomorrow if the price is ok for you or else I’ll move on. – Riley

“Riley” emailed 775 sellers, sending warm messages to half of them, and tough messages to the other half. We stopped negotiations after this first message, so we wouldn’t hurt sellers’ chances of making a deal with a real buyer. If we received a response, we replied immediately saying, “Thanks for your reply, but I’ve decided to buy a different phone.”

When sellers did offer a discount, it was larger when Riley’s message was tough and firm. In particular, sellers were more willing to accept the 80% discount offer when it came from a tough buyer (about 13%) than from a friendly buyer (less than 9%). Because the average phone price in our sample was $435, these results imply that the tough and firm requests generated $35 more savings per phone than the warm and friendly requests.

It appears that being firm can sometimes lead to better deals, at least in a distributive negotiation, than being warm.

We then conducted a laboratory study, so that we could observe the entire negotiation process, not just the first offer and counter-offer. We brought 140 participants into the laboratory and paired them up to negotiate together anonymously online. They were randomly assigned to play the role of either a buyer or seller, and they were incentivized to reach the best deal for a bowl. Buyers were told to make the same first offers and to use different communication styles.

For example, one participant instructed to be friendly wrote:

Hey there. So I’m looking at this beautiful sugar bowl, which I would love to have to complete my set. It’s the last piece I need to complete what a dear relative of mine used when we would spend time together and it would mean a lot for me to have it, but I don’t have so much to offer. If you’d be willing, I can offer $250 for it. Please let me know!

By contrast, one participant told to be tough wrote:

These communication styles had a significant impact on their success. Warm and friendly negotiators ended up paying 15% more for the same item as compared with tough and firm negotiators. This is because sellers made more aggressive initial counteroffers and won more concessions from friendly buyers over the course of the 10-minute negotiation.

Tough buyers enjoyed the negotiation as much as friendly buyers, but were more satisfied with their outcome. And sellers didn’t seem to mind the tougher approach — they enjoy negotiating with both types of buyers equally. Thus, buyers did not seem to benefit economically, personally, or interpersonally from a warm and friendly style. Why not? Our results from analyzing the text of the negotiations suggest that sellers perceived their friendlier counterparts to be low in dominance and perhaps thought they could extract larger concessions from them. As to why sellers didn’t enjoy negotiating with warm buyers more, we speculate that it’s because these negotiations took longer or perhaps left the seller feeling guilty.

Contrary to popular advice, it seems that a warm and friendly communication style can actually hold us back in this kind of zero-sum negotiation over price. But it would be interesting to look at how style affects integrative negotiations. Perhaps being nice is more effective when expanding the pie versus dividing it. Future research should also consider whether gender and timing play a role in how communication style is received and reciprocated. For example, perhaps opening a negotiation with a tough, firm stance but ending warmly can help you win a better outcome while preserving camaraderie.

Although our findings highlight the clear economic costs of being “warm and friendly,” they do not imply that everyone should become a jerk. All negotiations are a combination of value-creating and value-claiming, of making the overall pie bigger and securing a slice of it for ourselves. Negotiators should recognize that being nice may make it more difficult to claim a lot of value, particularly in a purely competitive context. However, that price may sometimes be worth paying. For example, if you are negotiating with a senior colleague over divvying up a trivial project, it might be worth getting clobbered in the short-term, in order to preserve the relationship for the long term. Negotiators should incur those costs knowingly and intentionally, instead of holding onto the assumption that being easygoing will lead others to return the favor.